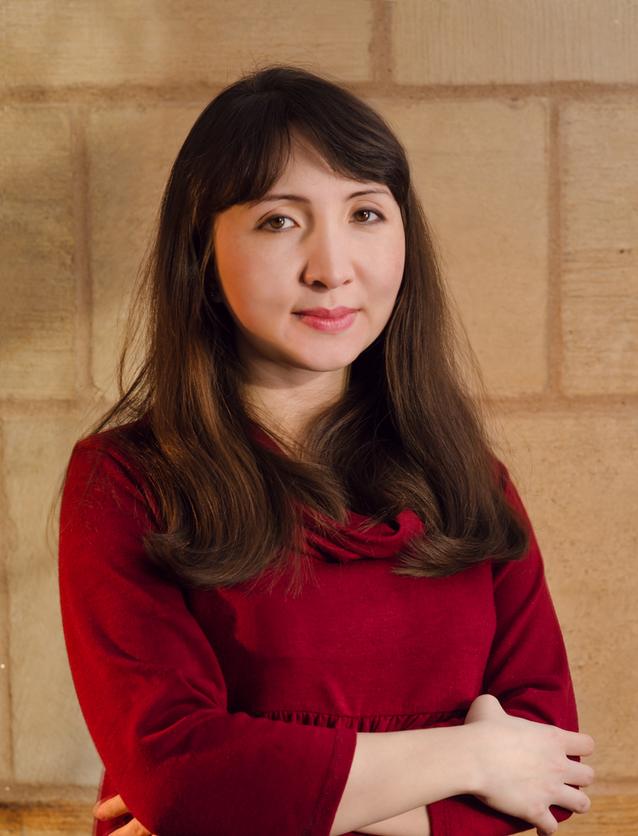 in performance of Unheard-Of//Ensemble:

"​Ugay’s music... embraced Messiaen’s vision of a time out of joint, but in present-day terms, and without the French composer’s theology."

"Call it the end of days, or slouching toward Bethlehem, or whatever, something new seems about to be born amid the social disorientation of 2020-21. Ugay, a composer and pianist with a longstanding interest in what she calls “socially-inspired music,” has caught a whiff of it in After the End of Time, which brought Saturday’s concert to a vivid yet ultimately enigmatic close.

The sympathy for the underdog that inspired Ugay’s recent concert series titled “Silenced Voices” (featuring rarely-heard Soviet composers) here inspired her to take Messiaen’s apocalyptic vision down into the turbulent streets and lonely front rooms of 2020.

On Saturday, the piece’s five movements—really four, plus a ghostly epilogue—opened with “Chaos,” with the piano dashing this way and that amid dissonant interjections, then fell back into “Isolation,” a soft, dejected dialogue mostly for piano and clarinet. “Protest” hit the streets again, with furious, Messiaenic syncopations driving the shouts and cries, only to be resolved in “Unification,” which opened hymn-like in euphonious thirds and sixths before rising to more impassioned dissonance.

And what comes after “after the end”?  A final movement, “Aftersounds,” stole by in near-silence, broken only by the occasional, dimly-overheard phrase, ending the piece (and the concert) with a single, smothered note on cello and piano."